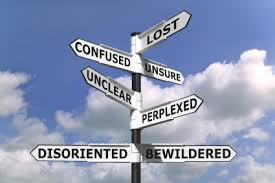 How should a Christian vote in the upcoming election? To some the answer seems obvious, to others not so much. The Bible was written in a time when people did not participate in choosing their governing officials or have a say in their laws. There are no explicit verses telling us how to exercise this privilege, but there are principles that can help us.

I offer the following thoughts both for those who have made up their minds and those still struggling to do so. If your mind is made up, it can’t hurt to re-examine your decision. A good decision will always stand up to scrutiny. If you’re still trying to decide who is worthy of your vote, maybe the following thoughts will help.

How does a particular candidate treat others? What impact will their policies have on everyone? The temptation is to think only in terms of how a particular candidate will improve life for ourselves, yet it seems clear to me that the way of Jesus is to consider the needs of others at least as much as I consider my own needs. In the Sermon on the Mount, a set of Jesus’ teachings that are widely regarded as foundational to all His teachings, there is a well-known verse considered by some to sum up all that Jesus was saying. “Do unto others as you would have them do unto you.” (Matthew 7:12) There are numerous other verses in scripture that support this approach to life. Chief among them would be the second of the two great commandments where Jesus said loving others as much as we love ourselves was a requirement for us to live into who God created us to be. (Matthew 22:35-40; Mark 12:28-31; Luke 10:25-38, c.f. Leviticus 19:18)

How does a candidate wield power? This is particularly important when it comes to the President of the United States. The most powerful human to ever walk the planet was Jesus, and I can find no evidence he ever forced himself or his teaching on anyone. He did not exercise any kind of power over others to advance his own agenda. When he exercised power, it was for the benefit of others. Our elected officials need to be motivated more about the difference that can made in the lives of others than they are by their own desire for power.

Who a person is defines the what, the why, and the how of the things they undertake. None of us can escape our character. We either bring dignity, honor, respect, and integrity to what we do, to ourselves and to others, or we don’t. Our character determines the degree to which we can be trusted. Trust is the currency of all relationships, especially for leaders. Without trust, nothing of substance can be achieved.

The bible tells us, “Above all else, guard your heart, for everything you do flows from it.” (Proverbs 4:23) When the bible talks about heart, it’s often talking about character. What does a candidate’s actions and words tell you about their character? Is their character worthy of the office they seek?

Morality cannot be legislated, yet all law acknowledges an understanding of right and wrong. Followers of Jesus Christ make a fatal mistake when we boil our lives down to a list of do’s and don’ts. Life with God is about so much more than a list of rules to follow. At the same time it’s also fatal to fail to not recognize God calls some things right and other wrong. As a follower of Jesus Christ I don’t want to force my beliefs about right and wrong on anyone, but as a member of a democracy, I have a right to advocate for those beliefs and to vote for candidates who will undergird those beliefs.

Morality is not the only, nor the supreme lens through which we look when making a decision about who gets our vote. In the New Testament there was a group of people who went to elaborate lengths to define and codify what was right and what was wrong, what should be done and what shouldn’t. No group drew sharper criticism from Jesus than this group. He called them blind guides, fools, hypocrites, and snakes. And while it was not the only reason, a primary reason why Jesus criticized them was their focus on morality without taking into account compassion, mercy, justice and love. We need to be careful of using morality as the only lens through which we see our candidates.

1.     I am advocating for thoughtfulness. Too often we vote for a particular candidate of a particular party without giving thought to whether or not that candidate really represents all, or as much as possible, of what we hold to be true and important. We boil things down to one, maybe two perspectives, and make our decision very narrowly. I find that dangerous.


2.     I am advocating that we not demonize and belittle those who see things differently than we see them. If anything we need to listen to those who see things differently than we do so that we might learn. If we only listen to those with whom we already agree, nothing new ever gets introduced. Listening to those with whom we disagree does not mean we agree with or accept their point of view, but it does acknowledge that there is still more we can learn. Truth never fears being questioned. If it is truth, it will withstand any question. We will either learn something new and correct our point of view, or our convictions will be deepened for having withstood the scrutiny of another point of view.
Posted by Ed Wandling at 1:19 PM No comments:

An Argument Worth Losing 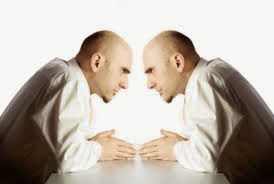 As followers of Jesus Christ, we live in a state of tension between what actually is and what is possible. We know that in Jesus the power of death, destruction and evil has been rendered impotent and replaced with life. At the same time we see and feel darkness at work around us all the time. We know God empowers us to be light and bring light to the darkness, but in our humanness, we often fear the worst-case scenario. It is the tension between what God says can be and what we fear will be. Jacob knew this tension well.

God told Jacob to return home, and so Jacob set out toward home. However, he faced a big problem. Years earlier, he tricked his dying father into giving him the blessing that his Father intended to give Esau, his older brother, and then fled for his life to keep Esau from killing him.  And now, both fearfully and faithfully, Jacob was on his way home for what would include an inevitable reunion with Esau.

Just before coming face-to-face with Esau, he spent a night alone wrestling with a “man.” Even though this “man” wanted to be released from the contest, Jacob would not give up the struggle. As the story develops we learn he was wrestling with God and would not give up until he had his blessing.  It was at this point Jacob receive a new name that his descendants carry to this day, Israel.

So what was the wrestling about? Jacob was wrestling with what he thought was probable and what God had promised, what he saw from a human assessment and what God said would be. Jacob prays, “I am afraid…, but you have said.”

Save me, I pray, from the hand of my brother Esau, for I am afraid he will come and attack me, and also the mothers with their children. But you have said, "I will surely make you prosper and will make your descendants like the sand of the sea, which cannot be counted.” (Genesis 32:11–12, NIV84)

“I am afraid, but you have said,” is the argument we all have with ourselves as we follow God.  Details aside, God calls us each into an expansive life filled with love and power that changes the world. From our human perspective we have our reasons for being fearful. We’re afraid of we’ll fail, afraid we’re look silly, afraid we’re wrong, afraid of what might happen to us, etc. The other side of the equation is what God has said.

Living into what God has said always requires us to win the argument with ourselves between what God has promised and what we fear. When we win that argument and live into being the people God created us to be, it’s called faith. Faith is not the absence of fear. Faith is acting according to what God promises instead of what I fear. Everyone who has ever sought to make a godly difference in their own lives and in the lives of others continually engages in that argument. It's an argument we can't avoid, but it's an argument worth losing!

Not Enough is Enough 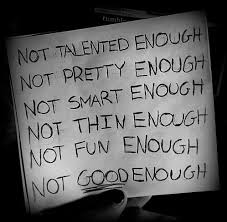 One of the great wounds many of us carry is the feeling, “we are not enough.” We are not good enough, strong enough, smart enough, pretty enough, or (fill in the blank) enough. We see and feel that in our own lives, and we see it in the people of the Bible. Gideon clearly felt like he was not enough.

Gideon lived during a time when his country, Israel, was routinely overrun by an oppressive group of people so vast they could not be counted. Whenever Israel planted their crops, these people would invade and ravage the land leaving the Israelites impoverished. This happened so routinely, the Israelites became doomsday preppers, literally building and using shelters in the mountains to which they would flee.

When the Lord gave instructions to Gideon to do something about this, Gideon’s response clearly revealed his sense of not being enough.

Manasseh was the largest tribe in Israel, but Gideon viewed his group of people in this tribe as the weakest and himself as the least significant member of his family. He was the least of the least. He was not enough. How could he save Israel?

There are two expectations that emerge next in the story that tell us how he did go on to accomplish this task. The first is the expectation God has of us. He tells Gideon not to worry but to apply whatever strength he has (Judges 6:14). All God expects of us is to do what we are capable of doing. The second expectation is about what we can expect from God. God promises Gideon he will be with him and they will accomplish the task together (Judges 6:16). When we apply ourselves, we can expect God to make up what we lack.

Ed Wandling
The journey of my life is to follow Jesus by living a good life - a life that is defined and shaped by the values and practices of Jesus, by doing good things – acts which demonstrate the life-giving love of God, and sharing good words – words that help people understand and embrace God’s love. Even though I am the only one who can be responsible for my journey, I am not alone. I partner with others who have the same desire.

Other Places You'll Find Me